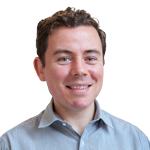 June sees the arrival of not just one but two weeks which illuminate, and celebrate, the vital work done by groups of often overlooked people. First comes Volunteers Week (1-7 June) which rightly reminds us of the many citizens who, in the words of NCVO, “make Britain great”. Next is Carers Week (12-18 June) which does likewise for the, arguably, even less recognised people doing their best to sustain, nurture and love their nearest and dearest through times of ill emotional, mental or physical health. Both groups are immensely important to Adfam.

Whether they identify with the carers label or not – and many don't – the family members of those with drug or alcohol problems provide an enormous amount of care and support that is vital in sustaining recovery journeys. Some family members do take on extensive caring duties – research from Grandparents Plus, for instance, found that drugs and alcohol were the most common reasons grandparent carers ended up looking after their grandkids. This role may entail major life changes, with minimal additional support from the state. Whatever their situation, families are a major source of sometimes hidden “recovery capital” which enables some of our most vulnerable citizens to enter meaningful recovery and become happier and healthier people.

Many people who begin as carers end up as volunteers. There are numerous examples of organisations around the country set up by family members themselves to provide local answers to the sometimes highly troubling local questions posed by addiction in the community. Hetty's in Mansfield and Bridges in Stockton-on-Tees are two examples. Many of the groups which are set up initially by volunteers end up being commissioned by the local authority and/or receiving funding from charitable trusts and foundations. This is always great to see. Many of course rely extensively on volunteers to help reach and support the families they work with – as indeed does Adfam itself. Our national projects with bereaved people and those experiencing child-to-parent abuse, as well as our work focused in the London Boroughs of Newham and Greenwich, and the North East have volunteers as their lifeblood.

So here's a massive thanks from all of us at Adfam to both groups – you truly make Britain great.