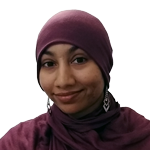 This blog was originally written for the Alcohol Change UK website: https://alcoholchange.org.uk/blog/2019/helping-young-people-affected-by-substance-misuse-to-share-their-stories-through-film

Syeda Hussain worked with young people affected by a loved one with substance misuse problems to process their thoughts and feelings through film.

Syeda Hussain is a Family Support Coordinator for the Newham Building Family Recovery project. As well as supporting young people she also works with adult family carers, emotionally supporting them on a one to one basis, and organises monthly health and well-being workshops for carers. Syeda has recently launched a pilot parenting course called ‘Strengthening Families Together’ supporting parents in recovery around hidden harm, safeguarding, and communication skills.

“My favourite part was getting into me more, putting everything together and then watching it all in one piece.”

I have been working with young people as part of the Newham Building Family Recovery project, funded by the National Lottery Community Fund, for over a year now, and it’s always really special when we have something to celebrate. Our recent video project, funded by Alcohol Change UK and in partnership with the brilliant Salmagundi Films, was definitely one of these.

“It’s inspired me, and made me learn.”

At our screening in February, six young people showcased their brand-new films to more than 50 attendees. You can watch the movie on our website.

Our weekly youth club encourages young people who have a family member, friend or acquaintance with substance misuse problems (either present or historic) to express themselves in creative ways. Young people were either referred to the project or we met them through the treatment service’s youth zone.

At the start of the project many members of the group either didn’t know how or felt hesitant to share how they were feeling, or to explain issues they were facing.

Formal discussions tend to make people more cautious, but being creative can really encourage young people to express themselves more naturally. Our creative workshops helped our young people to become more confident, expressive and honest – at times extremely so! Creativity can also support young people who were affected by a loved one’s substance misuse to identify this, where they might previously have been unaware, desensitised to the issues, or normalising their situation.

“We got to think outside the box.”

‘Substance misuse’ was a label which many of our group did not relate to, and over a number of weeks we used different ways to explore why this was, as well as discussing different issues young people felt strongly about such as racism, unisex toilets, and not feeling heard. People shared their views with one another, and occasionally debated.

“Best bit was basically being with people that have turned from strangers into family… really brought all of us together.”

The group all said they had learnt something new, or been reassured that others’ views were similar to their own. We worked with a spoken word artist to help put those views into words, and then, at the group’s request, they worked with Salmagundi to bring those words to life through stop-frame animation.

“This group has inspired me to dream big.”

The results were brilliant, which was not surprising coming from a diverse group of strong-minded people with so much potential – the filmmakers were all aged 12-15, working towards their GCSEs, and with aspirations including becoming a doctor and working in the performing arts.

Watch a compilation of the films below: