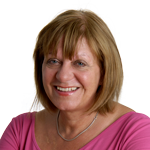 One of my childhood’s most enduring memories is that of my father turning off the radio as soon as he heard the Archers signature tune, claiming that farmers were of no interest to him, and anyway, they were all ‘right-wing land grabbers’.

Perhaps because of this, I have been a dedicated Archers listener since I was able to make my own listening decisions. I often get frustrated with some of the story lines, exasperated and incredulous. However, there are story lines, matched by splendid acting, which are compelling, and remind me why I listen.

Such a story is the current one about Alice’s alcohol dependency. It is heart-breaking, and touches on key issues in our sector – and in society – about Foetal Alcohol Spectrum Disorder, about the torment of dependency and the scarcity of detox facilities.

At Adfam, we are of course interested in the portrayal of how Alice’s husband copes with the enormity of the situation, and wonder if he will be able to get any help and support for himself. I hope that will feature. However the story plays out, it raises awareness of the nature of dependency and the torment faced by family members. Archers listeners and non-listeners alike, need to know what that’s like.

The Archers is a British radio soap opera on BBC Radio 4, weekdays, at 2pm and 7pm, with an omnibus edition on Sundays.